Twice more production will be realized with earthless agriculture technique in greenhouses!

Mr. Hasan Şentürk said that earthless greenhouses, where all kinds of processes other than plant seedling and harvesting are carried out in computer management and they are spreading in Mediterranean and Aegean Sea regions.

'Mr. Hasan Şentürk, Board Chairman of Agrobay Seracılık stating that "We use space technology in agriculture," continued his words by saying that they produce vegetables such as tomatoes, peppers, lettuce and garden rocketin geothermal greenhouses in an earthless environment.

31/10/2006 İZMİR - Vegetables are grown in an earthless environment and completely by computer management with the system utilized in the geothermal fields in Izmir's Bergama district. Investors from various sectors are also interested in the modern greenhouses number of which is rapidly increasing in the region. It was expressed that investments are accelerated in Bergama and Dikili districts of İzmir province where geothermal resources are concentrated, Turgutlu district of Manisa province and in some regions of Denizli and Aydın provinces. In Bergama and Dikili, there was only a greenhouse until a few years ago and in 2006 it was stated that eight companies entered into greenhouse investment.

We are selling our Products to Tesco

Mr. Şentürk, stating that the large agricultural enterprises established in the district claimed that he would not gain money by greenhouse business at the beginning of his investment, gave the following information: "We produce seven thousand tons of tomatoes and one thousand and five thousand tons of California peppers on a 250-decare closed area yearly". We will increase our exports from 6m euros to 10m euros next year while increasing our capacity by adding100-150 decares more this year. Currently we are the world's fifth largest greenhouse. We are aiming to be the worlds biggest by producing in a greenhouse area of 600 decares in 2010. We are also starting to produce greenery such as lettuce and rocket in addition to tomatoes and California peppers. We send our products to leading chains such as Tesco in Europe. We cannot meet the demands and do not have a problem with the product price. Those who said 'You cannot make a profit' started to invest in this business when they saw the success of geothermal greenhouse business. 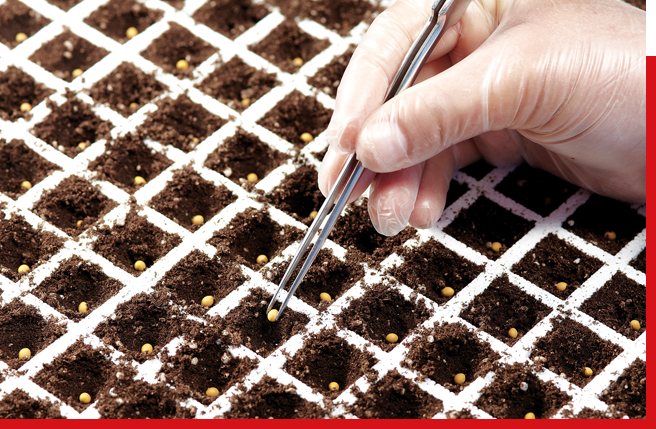 Mr. Şentürk, indicating that they have stopped to operate in sectors like construction and textile in which you cannot gain profit as before continued his words as follows: "Entrepreneurs also entered this sector. Turkey will be the center of greenhouse business in very near future with this growth rate." Mr. Şentürk, underlining the fact that the greenhouses heated by the 100 degree water coming from geothermal sources are managed by computer technology, stated that the plants were growing in computer environment.

You can make a profit within only one year

Organic and inorganic materials such as perlite, coconut fiber or ponza are used instead of soil in vegetable growth mostly in the greenhouses in Antalya, Mersin, İzmir, Manisa Muğla and Aydın provinces. The yield of earthless agriculture is twice compared to agriculture with earth. Very good results are obtained from air-conditioning works such as heating and ventilation in greenhouses where earthless aquaculture is made. According to the given information, earthless agriculture is currently being carried out through large enterprises inasmuch as the cost of one decare is 30-50 thousand YTL. Investment can be gained back within one year. The small businesses which will make this production have to receive professional advice from the universities. Authorities express that currently greenhouse business is done in 30 thousand decares of land in Turkey but only 1 percent is allocated to earthless agriculture.

'We just collect and pack'

Mr. Şentürk said "We use space technology even when we produce tomatoes and peppers" and stated that soil was not used for their production and the greenhouse areas were obtained by leveling the rocks. Mr. Şentürk stating that they started the harvest season during these days when the winter months started said: "Everything except planting and harvesting takes place under computer management, the computer system determines the aeration, sunning and irrigation needs of the plants and some programs are carried out automatically. What we do is just to collect and pack”